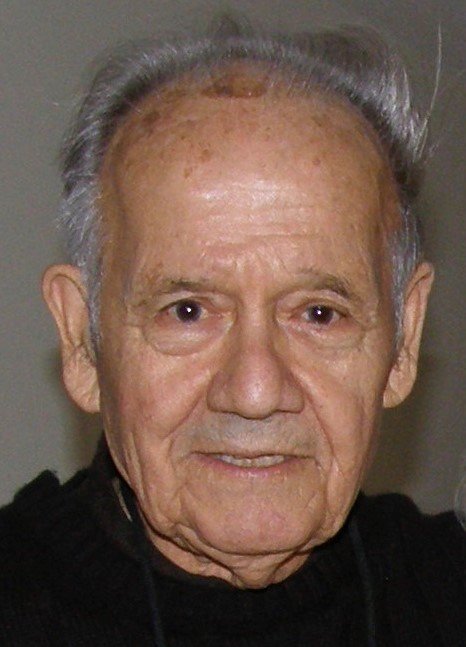 With deep sorrow, the family of Justin Joseph Natale must announce the passing of our father, grandfather, and great-grandfather on May 31, 2021 (Memorial Day) at age 98.  Justin was born on May 22, 1923 in Portland, Connecticut to Nicola and Christina (Sancero) Natale.  He was born in the same bed as his five sisters, Vinzella, Nahama, Maria, Christina, and Ileana, and his brother, Nicola. After the death of his father, his mother moved to South Glastonbury to open a food market, and Justin attended local schools and worked on farms as well as the family food market to help support his family.  With his mother’s permission, he left high school to join the U.S. Marine Corps in 1942—5th Marine Regiment, 1st Marine Division. Justin fought for his country in the Pacific theater throughout numerous islands including Peleliu and Okinawa, and continued on to port in China. He was honorably discharged on January 28, 1946.  Justin would seldom speak about his experiences in World War II until he was in his late 80s. Upon his return to Connecticut, he courted and married Aileen Flaim in 1950. For their adventuresome honeymoon, they travelled extensively across country for months from Connecticut to California. They settled in California for three years before returning to Glastonbury.  Justin completed trade school and classes in the marines to become a skilled machinist, and worked at several aerospace manufacturers throughout his life.  As Justin’s family grew with a son, George, and daughter, Jane, he enjoyed fatherhood.  His favorite activity was trips to the family island for cookouts, swimming, and topwater plugging for bass.  He especially enjoyed transporting his mother until she was 90 to the island on a pontoon boat. He was an avid partridge hunter throughout his life.  He enjoyed early morning October walks in the woods and especially crisp windfalls from an abandoned apple tree.  Justin was an extremely generous man who taught his children to share with others who were less fortunate.  His generosity extended to the devoted care he gave to his wife in the last years of her life.  Until age 90, he still mowed his lawn, used the snowblower, and cleaned leaves from the gutter.   One of his greatest pleasures in the last few years was reading to his great granddaughters while sitting on his lap.  Justin was able to remain in his home to the very end, thanks to his caregiver, Colleen.  He was predeceased by his parents, five sisters and a brother, and his wife Aileen.  He is survived by his son, George Justin Natale and wife Catherine of New Hartford; his daughter, Jane Gionfrido and husband Joseph of Glastonbury; his grandson Justin Natale and wife Lindsay and their children Lillian and Emily of Mount Pleasant, South Carolina; his grandson Dylan Natale and partner Michelle of Salt Lake City, Utah; and his grandson Matthew Gionfrido and wife Ashley of Glastonbury.  The family would like to give special thanks to his caregiver, Colleen Campbell and her husband Everett, and his good friends Diane Milne and Kim Dart. Mulryan Funeral Home in Glastonbury has charge of arrangements. A celebration of Justin’s life for family and close friends will take place at a later date.

Share Your Memory of
Justin
Upload Your Memory View All Memories
Be the first to upload a memory!
Share A Memory