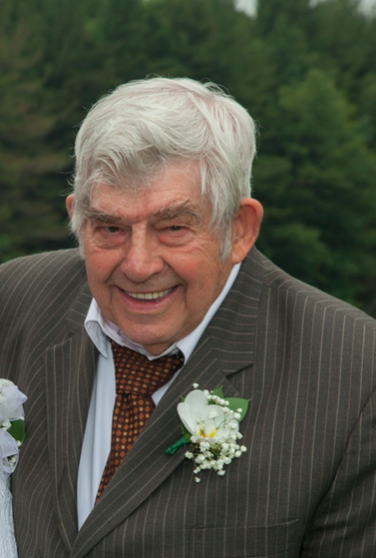 Frank J. Decker, 87, of Glastonbury died on Wednesday, June 9, 2021 at Hartford Hospital after a lengthy battle with complications of Covid-19 with his family by his bedside. He was born in Poughkeepsie, New York on January 27, 1934 to Frank E. Decker and Mary Kaelber. He was the proud older brother of siblings George and Gail, living between New York and Glastonbury until marrying his sweetheart Lorraine Buck in 1957 in Glastonbury. This week would have marked their sixty-fourth wedding anniversary. He worked for many years for the Town of Glastonbury Department of Sanitation while they raised their three children, Frank, Carol, and Linda.

He is survived by his beloved wife Lorraine, his brother George and sister-in-law Claire Decker of Naugatuck, three children: Frank and Lisa Decker of Coventry, Carol and Jim Quish of Glastonbury, and Linda and Jimmy Lanzo of Bolton. In addition, he is survived by six grandchildren: Laura and Justin Brzozoski, Abigail and Michael Barberio, Rachel and Bryant Zilinski, Nathan Decker and fiancé McKinlie Carpenter, Madison Decker, and Jason Decker along with several special nieces and nephews. Also, eight great-grandchildren: Caroline, Josephine, Nicholas, Henry, Owen, Remy, Lillian, and Violet. He was predeceased by his sister, Gail Mary Decker. His family was his legacy and his largest point of pride.

A calling hour will be held on June 16 from 10-11 AM  with a funeral service at 11am at Mulryan Funeral Home, 725 Hebron Ave., Glastonbury.  Following the service, a burial at Neipsic Cemetery. Donations can be made in his honor to the Shriners Hospital for Children – Springfield, 516 Carew St., Springfield, MA 01104.