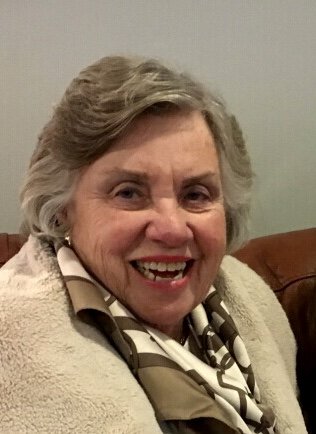 Get Directions
Monday
2
May

Susan (Lyons) O’Keefe died peacefully in her home in Glastonbury on April 24, 2022 at the age of 80. Born Susan Lyons to the late William J. Lyons and Mary Carroll Lyons on June 12, 1941 in Manchester, NH, Susan lived a self-described “idyllic” childhood. Upon earning her bachelor’s degree from Notre Dame College in Manchester, Susan, in many ways ahead of her time, set out on an adventure for Colorado with a friend to work and ski, until her skis were stolen, and it was time to return home. A supervisor in one of Susan’s early jobs suggested that she would make an excellent teacher and the rest was history. Susan’s teaching career began shortly thereafter at a catholic school in Manchester, NH, where her roles included drama coach (which will not come as a surprise to anyone who knew her). Upon moving to Connecticut, Susan was proud to be among the inaugural teaching staff of Academy School in Glastonbury, helping to establish curriculum for the incoming sixth grade students, a role she described as a highlight. Susan married Gerald “Jerry, the Bat” O’Keefe on June 20, 1970 and the two lived in Manchester, CT, before settling in their beloved town of Glastonbury to raise their family.

Susan is survived by two sons, John O’Keefe and his wife, Meredith Fabiaschi O’Keefe, of Canton, CT, and William “Bill” O’Keefe and his wife, Jenifer Ryder O’Keefe of Glastonbury. Susan’s “sweet peas” were her three grandchildren: Taylor, Jack, and Olivia. There is nothing that Grandma wouldn’t do for her “sweet babies,” including showering them with gifts, graciously allowing toys to scatter throughout her house at the shore, reading “the Sunday funnies,” and watching the Boston Red Sox.

Keeping Susan engaged and youthful right into 2022 was her longtime service as a substitute teacher for Glastonbury Public Schools. Susan had an affinity for going a bit off-script, giving high school students life lessons on college savings, loans, career opportunities in the trades, and other practical matters. She enjoyed working in special education classrooms, where she got to know students as individuals and often held long-term sub roles. Susan was an active volunteer and patron of the Glastonbury Friends of Football.

A consummate loyal friend, Susan is survived by countless friends from all facets of her life: childhood friends of 70+ years, the Delmar Divas and many local friends, including Glastonbury school staff, Noank neighbors, and newer Meadow Hill neighbors who stood by her side in her final years and days. Her family extends their gratitude to each of Susan’s friends who have visited and shared their support in the past few weeks.

Susan celebrated her 80th birthday last June with a tour of Manchester, NH, including her childhood home, and a luncheon with a small group of friends and family.

She loved “rock and roll,” was known to boogie down on the dance floor at weddings and could be heard singing a high-pitched a cappella version of songs such as “Day by Day” and “I Feel Pretty.” An avid gardener, Susan was also well-versed in antiques, and served as a volunteer at the Little Red Library.

Susan’s life will be honored with calling hours on Sunday, May 1 from 3-5pm at Mulryan Funeral Home, 725 Hebron Ave, Glastonbury.  A mass of Christian burial will be on Monday, May 2, 11am at St. Paul’s Church, 2577 Main Street, Glastonbury, and burial to follow in Holy Cross Cemetery. In lieu of flowers, donations may be made to the Gerald and Susan O’Keefe Memorial Scholarship, benefiting a GHS student.  Please mail to 6 Noja Trail, Canton, CT 06019. To share a memory of Susan or send a note to her family please visit mulryanfh.com.

If you are still reading, Sue would appreciate that, as she could hold a crowd in the winding, colorful journey of a story, as was the story of her life. Finally, Susan’s daily and weekly rituals involved reading local and national newspapers, which always began with “the obits.” We hope we are doing her justice here.

For live streaming of the Mass please connect to  https://youtu.be/Mj7uF0VCF3s

Share Your Memory of
Susan
Upload Your Memory View All Memories
Be the first to upload a memory!
Share A Memory